In 1978 Ing Dietmar Pfurtscheller founded his first company and his first invention as a one man show was a logic analyzer that could record and store digital signals. While the personal computer was invented during these years, Dietmar has developed a user system based on the Z 80 microcomputer, as well as security systems for large areas with motion detection and night vision capability.

In the 1980s, the first high-resolution terminals were built that were pin-sharp and used by the German Lufthansa for pilot training. Also in these years the development of desktop publishing monitors for the company Nixdorf began, where Dietmar and his small team could assert themselves against 35 other competitors and won the contract.

In the early 1990s, the development of graphics cards began, where the PECAD HURRICAN graphics card led the industry every year at Autocad competitions in terms of speed.

In the mid-90s Dietmar developed industrial video converters, which are still in successful use today.

In 2004 the development of video signal transmission began and in 2005 the one-man business Ing. Dietmar Pfurtscheller was transformed into kvm-tec Gmbh. All technologies of the KVM Extender were developed in-house and so it has always been possible to get the maximum of technology out of the products.

2018 was celebrated - 40 years anniversary - a success story. In the last 10 years Dietmar and his kvm-tec team have managed to really take off and to market the products internationally via sales department in APAC and China and sales partners - around the world. 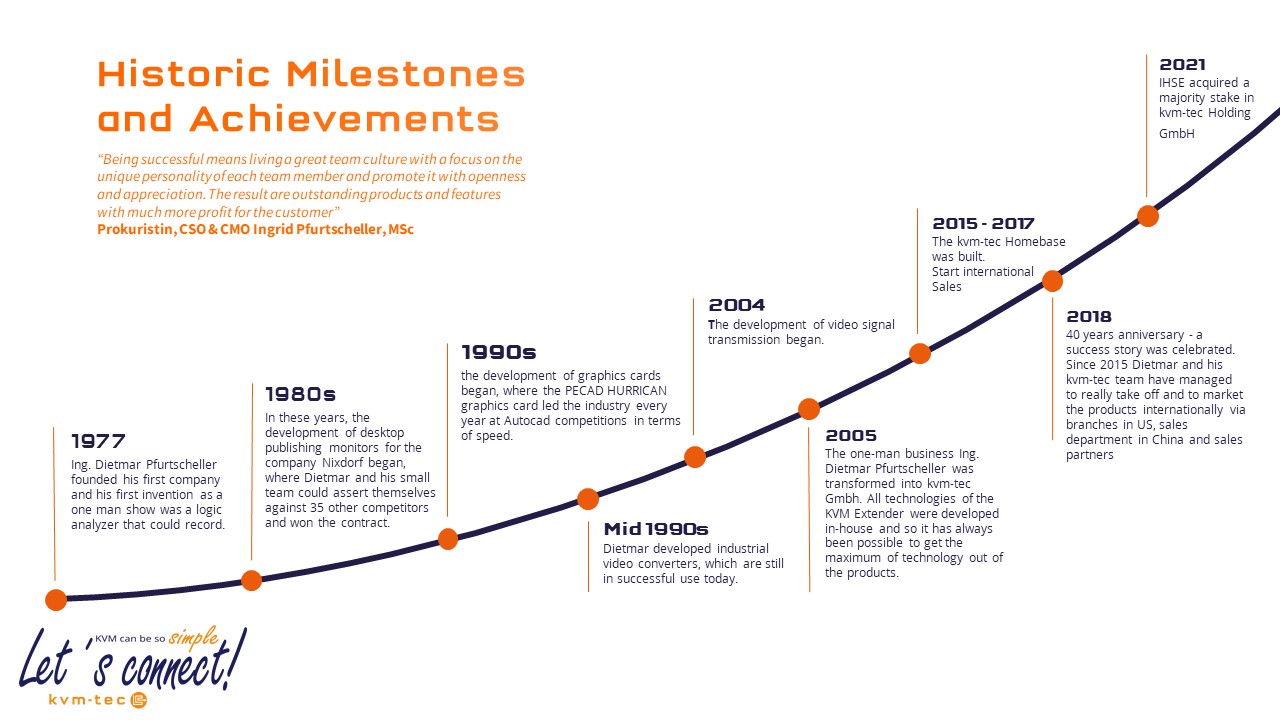